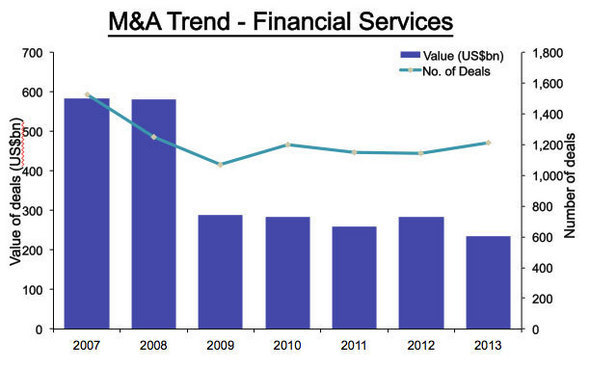 Mergermarket has released its Global M&A roundup for 2013. The following are additional findings by their research team around financial service specific M&A activities.

Information is based on announced deals throughout 2013, excluding lapsed and withdrawn bids.

The Financial Services sector, confronted with the ongoing prospect for regulatory changes, declined from 2012 (US$ 282.8 billion), ending 2013 with deals valued at US$ 235.8 billion.

The full report can be found here.