Melanie Rodier has worked as a print and broadcast journalist for over 10 years, covering business and finance, general news, and film trade news. Prior to joining Wall Street & Technology in April 2007, Melanie lived in Paris, where she worked for the International Herald Tribune, and Rome, where she wrote for Reuters and Screen International, a film trade publication. Melanie was born in London, and graduated from Oxford University where she studied Spanish and Italian. She is also a fluent French speaker.

12/20/2007
Global spend on trading and related technology and services reached an estimated USD$45.8 billion in 2007, according to a new report from Somerset, UK-based Kimsey Consulting.

U.S. Banks Are Targets in 60 Percent of Worldwide Phishing Attacks

12/19/2007
Phishing Attacks target U.S. institions most, according to the RSA's Anti-Fraud Command Center.

12/18/2007
A new report found that deficiencies in the SEC's computer system are hampering the watchdog's efforts to thwart insider trading and spot other regulatory violations...

12/18/2007
Financial firms increasingly are adopting Web 2.0 technologies to give customers the collaborative tools they've come to expect online. But traditional firms still have to catch up with the new generation of online brokers, and security remains a major concern.

12/17/2007
Although it still is too early to tell how companies ultimately will leverage Second Life to gain strategic business advantage, the financial services industry continues to expand in the virtual world as it grows more and more popular.

12/12/2007
The router is a platform for mobile convergence with which an enterprise can leverage its WiFi networks for in-building mobile voice and data services.

12/12/2007
Data breaches are costly for any company, but according to a 2007 study by the Ponemon Institute the average total cost for an incident is much higher in the financial sector.

12/11/2007
In a bid to turn Apple's iPhone into a business tool, Astaro, a unified threat management solution maker, announced it will now provide the device's users with virtual office capabilities...

12/7/2007
Keeping up with all the advances on the trading end also is important, as is the greening of IT, says Gudrun Neumann in a Wall Street & Technology podcast. We expect questions from potential customers along the lines of how green our data centers are. 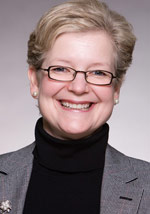 12/3/2007
UK intelligence network MI5 has contacted 300 chief executives and security experts at leading British financial institutions, warning them that Chinese state organizations may be spying on them...