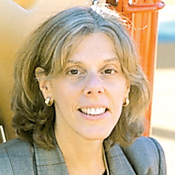 50%
Tweet
IT leaders typically don't set out to be mavericks, but the career of Ameet Patel has taken him in that direction. In a conversation with Paula Klein, executive editor of WS&T sibling publication Optimize, Patel shares insights from years of experience at Chase and JPMorgan Investment Bank's technology-advisory group and the venture-capital (VC) world he now calls home. Currently, as partner and CTO at the Acartha Group, he deals with tech start-ups to devise strategies and deliver results. In t

IT leaders typically don't set out to be mavericks, but the career of Ameet Patel has taken him in that direction. In a conversation with Paula Klein, executive editor of WS&T sibling publication Optimize, Patel shares insights from years of experience at Chase and JPMorgan Investment Bank's technology-advisory group and the venture-capital (VC) world he now calls home. Currently, as partner and CTO at the Acartha Group, he deals with tech start-ups to devise strategies and deliver results. In the following exchange, he imparts lessons that other IT executives can apply to their own careers.

Q: Tell us about how your career has unfolded.

Patel: I studied electrical and computer engineering in college, earning my bachelor's and master's degrees back to back from Rutgers University. Then I joined Bell Communications Research, or Bellcore. After that, I got recruited to join an advanced technology group at chemical company BASF.

Q: How did you evaluate new technologies?

Patel: There were two drivers. One was pure cost: How could the firm use advanced technologies more effectively to drive down operating costs? The second driver was allowing customers to get more functionality: How could they leverage the functionality to provide better response in terms of the technology? My role was to focus on broad, distributed computing technologies, look at the next wave and map out three- to five-year clips of where technology would go.

Q: Describe your tenure at Chase.

Patel: In 1998, I was recruited by Denis O'Leary, the former CIO of Chase. Denis wanted an outsider to look at the consumer businesses that Chase had absorbed through acquisition and multiple mergers. He wanted an outsider to work with the internal IT managers and the business managers to build an architectural vision.

I wanted to work very closely with the Internet banking team and help build that out. We moved away from the legacy-based banking platform, which handled about 100,000 subscribers, and built a new one on a J2EE-based environment. We were one of the first to employ WebLogic in a really large-scale fashion. We were also one of the first to employ a single-sign-on capability for the enterprise and e-mail-based CRM solutions. The vision was to use Internet technologies as the middle tier, integrating with the production environment and then with the sales channels.

After about a year, Denis was asked to take over a group called Chase.com, which was a venture incubator. At that time, Internet start-ups dominated financial services, and these companies were going to disintermediate a lot of the large financial institutions. We wanted a group that was forward-looking to help the businesses invest in Internet-based technologies, reengineer business processes and make strategic investments that could be used by the different businesses within their production environments.

Q: Did you collaborate with many start-ups?

Patel: We did a lot of recruiting, and we got investments in our whole business model. JPMorgan had a group called LabMorgan, independent of Chase.com, headed by Nicholas Rohatyn. All the major banks had their own so-called Internet venture incubator teams. JPMorgan had a much more focused presence in investment banking and capital markets; [Citibank's] e-Citi and Chase had a very strong retail orientation.

Once the merger happened with JPMorgan, I became CTO of LabMorgan and reported to both Denis and Nick. The portfolio grew to more than 30 companies. It was a diverse set, including capital markets, retail banking, private banking, and investment management and services. We also had investments in enabling technologies that might be leveraged by large financial-services firms. So we had discreet investments in wireless technology, a very small investment in PayPal and investments in others.

Q: Was this a springboard to starting your own VC firm?

Patel: I first started thinking about building a relationship network with the venture community in early 2002. ... We ended up working closely with venture capitalists and a lot of entrepreneurs, seeding our needs within a large institution like JPMorgan to build companies that would do workflow management for us -- companies that would effectively take out costs in the network and be capable of building virtualization technologies.

Q: Is it difficult for most IT executives to make the transition to the investment side?

Patel: Yes. I tried to identify people ... who had moved into similar kinds of roles, but I couldn't come up with good role models. ... LabMorgan and Chase.com opened my eyes to ways of transforming markets and business models. When I started looking around among my CIO colleagues, no one had the DNA to go on the deal side. So it was unique then, and it still is.

Q: Do you see changes in that environment now?

Patel: There's a much tighter relationship between investment-banking groups and their respective IT organizations -- much more so than three or four years ago. When you look at JPMorgan, Goldman Sachs, Merrill Lynch, Morgan Stanley, Credit Suisse, UBS -- you name it -- most of the organizations have really built much more solid working relationships. In the boom period of technology, you didn't really have to work very closely to understand customer requirements; you could pretty much build a business model and put it in cruise control and get really good economic value.

But when the market corrected itself, everyone had to look internally and cut costs. It became more prevalent to use offshore-based IT services to build a distributed-resource model, to use effective resources onshore, and to leverage business-process outsourcing (BPO) technologies as well as software-as-a-service models. Now, I think we're getting back into a healthy climate where cost is still a key driver, but where it's more about functionality and how to grow the top line.

Q: Did your IT training help in your new role?

Patel: Yes. Just about all the skills I learned transferred over to the venture world. No. 1, taking that three- to five-year horizon, taking a long-term view, then focusing on what customers are really asking for and getting real good data in the technologies and areas you want to look at.

Q: What skills have you had to learn on the job?

Patel: When you're coming from a large company and moving into a small entrepreneurial environment and then funding entrepreneurs, you quickly realize how tight cash is for entrepreneurs as well as for an investor. In a large company, a lot of IT execs take cash for granted, and there's an unlimited supply of money associated with a project. ... In venture investing, you're basically giving them drip capital -- you fund them to a certain milestone they have to successfully meet before they get their next level of funding.