50%
Tweet
As a result of its spectacular tech fail on Aug. 1, Knight Capital became the latest financial services firm to have pushed to the brink of collapse before being either rescued at the eleventh hour or permanently wiped out. 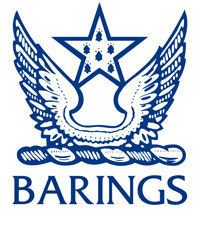 Barings Bank, founded in 1762, was the oldest merchant bank in London until its dramatic collapse in 1995 when a rogue trader, Nick Leeson, lost $1.3 billion due to speculative investing, primarily in futures contracts, at the bank's Singapore office.