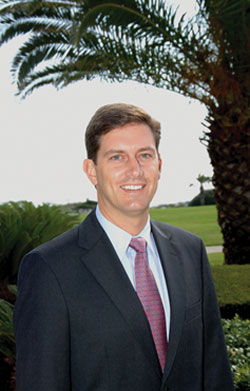 Kevin Chapman, Nicholas Applegate Capital Management
As 2007 draws to a close, industry analysts and traders say the exchange-consolidation buzz will continue in 2008. After a year in which exchanges prowled the globe for acquisition targets to diversify revenues and reduce technology costs, however, the next wave of merger activity appears to be shifting to the U.S. regional exchanges.

"As the larger global exchanges are getting snapped up and there are fewer global exchanges to acquire, the activity is beginning to come to the regional market," observes Dushyant Shahrawat, research director of TowerGroup's Securities and Capital Markets Practice in Needham, Mass.

At press time, in fact, several exchanges and trading firms were contending for the Philadelphia Stock Exchange (PHLX), which was valued at $600 million, according to reports. NYSE Euronext and Nasdaq, as well as a group of trading firms led by Goldman Sachs and Susquehanna International Group, reportedly were submitting bids. A combination with the American Stock Exchange also was raised as a possible outcome.

This latest activity comes on the heels of Nasdaq acquiring the Boston Stock Exchange's assets in September. Now there is speculation that the activity will continue to spread to the other regional stock markets -- including Chicago and the National Stock Exchange -- which are struggling to grow their market share in U.S. stock trading in the face of competition from the NYSE Group and Nasdaq.

"There's certainly this ongoing landgrab because the exchanges are publicly traded companies and they have to run on a profit motive," notes Brad Bailey, senior analyst at Aite Group. At the same time, he adds, exchanges are facing intense competition in U.S. cash equity trading from alternative trading systems -- dark books and the independent crossing networks, which account for 10 to 15 percent of U.S. stock volume. As a result, Bailey predicts, the exchanges will be looking for inexpensive ways to add volume in higher-margin businesses. There is even talk of only a handful of players -- perhaps as few as three -- dominating the buying and selling of securities on a global basis.

The process of consolidation already has shaken up the global exchange landscape, including mergers between Eurex, owned by Deutsche Borse and Swiss exchange operator SWX Group, and the International Securities Exchange; the London Stock Exchange (LSE) and Italian markets operator Borsa Italiana; and the Chicago Mercantile Exchange (CME) and its long-time futures rival the Chicago Board of Trade. Also this year, the New York Stock Exchange finalized its takeover of Euronext, forming NYSE Euronext, which owns exchanges in six countries.

The activity hit a frenzy in August when Nasdaq, after failing to snare the LSE, partnered with Borse Dubai in the Middle East to gain control of Stockholm's OMX AB, the Nordic and Baltic exchange operator. As part of the deal, Nasdaq sold its 28-percent position in LSE to Dubai, which will wind up with nearly a 20 percent stake in Nasdaq.

"It's a mad rush to go out and use stock price to acquire people," says TowerGroup's Shahrawat. But since public exchanges are using their high stock prices to acquire other exchanges, the activity likely will slow, he adds, predicting that exchanges' valuations will come down by 2009.

Until then, however, exchanges will continue to pursue mergers as the shift to electronic trading makes it cheaper and more efficient to run multiple products on the same platform. "There [are] huge cost synergies in banging together two exchanges," explains Doug Atkin, CEO of Majestic Research in New York. "You only need one trading platform, which is huge, and you take costs out."

The question is: Which exchanges will be left standing in 2008? How will U.S. stock exchanges diversify and reinvent themselves to compete against the threat of dark pools and block crossing networks? And what factors will propel one exchange ahead of another?

"Obviously, it's multi-country and it's multi-asset class," asserts Joe Gawronski, president and COO of Rosenblatt Securities, an institutional agency broker that recently opened an international trading desk. "Just being in equities or just being in futures isn't going to cut it for the long term, other than for some niche players."

Exchanges also are making investments in emerging markets. For example, NYSE Euronext bought a 5 percent investment in the National Stock Exchange of India and Deutsche Borse acquired a 5 percent stake in the Bombay Stock Exchange. "If you look at the five fastest growing exchanges, four are in Asia, two are in India and two are in China," according to Gawronski.

What's Ahead for the Exchanges?