Melanie Rodier has worked as a print and broadcast journalist for over 10 years, covering business and finance, general news, and film trade news. Prior to joining Wall Street & Technology in April 2007, Melanie lived in Paris, where she worked for the International Herald Tribune, and Rome, where she wrote for Reuters and Screen International, a film trade publication. Melanie was born in London, and graduated from Oxford University where she studied Spanish and Italian. She is also a fluent French speaker.

8/31/2007
Vendors largely have replaced in-house development as the source for mission-critical tools, according to Nicholas-Applegate Capital Management SVP and CTO Steve Rapp. For example, the firm has partnered with Latent Zero to overhaul its trading systems. Learn more about Nicholas-Applegate's technology transformation through Wall Street and Technology's exclusive interview with Steve Rapp. 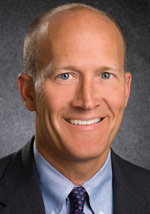 8/22/2007
U.S. capital markets would stand to gain from government legal and regulatory changes, according to a new NYSE survey of 240 chief executive officers of the world''s top businesses.

8/22/2007
Actimize survey cites increased access to technology, poor hiring and organized crime as drivers for employee fraud. Majority of those surveyed say the financial industry and government are not doing enough to tackle the problem.

8/22/2007
Despite the overwhelming belief that business intelligence (BI) could benefit their companies, perceived high costs have prevented BI professionals worldwide from deploying BI systems, according to a recent survey.

8/22/2007
In the New York Tri-State Area, spend on trading applications is rising 10 percent per year.

8/21/2007
A growing number of companies are blocking their employees from using the popular social networking Web site Facebook on fears of proscrastination and security. But there are some things you can do - at least to make it safer. According to a survey of 600 global companies carried out by security firm Sophos, 50 percent of companies ban their employees from accessing Facebook. Most are concerned that employees are wasting company time. But many

8/17/2007
Cherecwich has 20 years experience in custody, operations and investment services at State Street, including four years as head of the firm's Japan operations.

8/17/2007
Nicholas A. Deliso has joined The Depository Trust & Clearing Corp. (DTCC) as a senior relationship manager in the wealth management services area, where he will provide support to customers of DTCC's Managed Accounts Service.

8/17/2007
Shaw previously was head of portfolio and electronic trading at Jefferies.

8/13/2007
Merrill Lynch has become the latest financial institution to hit the headlines because of a security lapse. Last week, the brokerage announced it would offer free credit monitoring to an unspecified number of employees after a laptop containing staffing records and personal financial details was stolen from its corporate offices in New Jersey.

8/10/2007
To enable new decision-making opportunities, Eaton Vance is moving toward service-oriented architecture and real-time delivery of services, according to VP and CIO John L. Shea.

8/8/2007
Financial institutions looking to protect themselves against identity theft and security lapses should be looking to voice biometrics, says Tel Aviv, Israel-based CellMax Systems. Voice biometrics - the technology that authenticates the identity of a person based on their voice - is a good solution for any company doing business over a communications network that needs a person to be positively identified on the other end, Ziv Barzilay

Reg NMS and MiFID: Preparing for the Data Flood

8/1/2007
The introduction of Reg NMS and MiFID could cause a 900% surge in the amount of market data being published by 2012, according to a new study from TowerGroup . So, what will this market data explosion mean for technology at trading venues?