Bloomberg has unveiled a new version of its Bloomberg Anywhere app for iPad, giving financial professionals access to some of the Bloomberg Terminal’s most advanced features on-the-go.

More than half of Bloomberg Anywhere users access the Bloomberg Professional service on mobile applications and in the past three years, the company has seen the number of subscribers accessing the Bloomberg Terminal on a mobile device double. 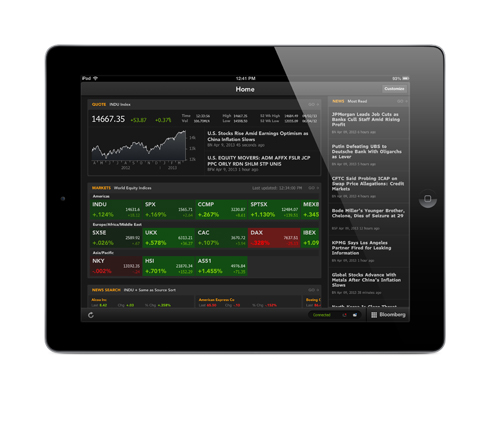