50%
Tweet
In the years since the financial crisis, companies have worked to find open source alternatives to enterprise hardware, such as servers, switches, sensors and data storage. 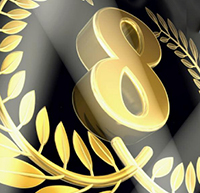 When the Internet bubble burst in 2001, it appeared as if the entire high-tech industry ground to a halt, as investors, technologists and entrepreneurs seemingly went into hibernation.

Following the collapse that decimated the high-tech sector and crippled the economy, few new companies were launched. The dot- com-era companies that survived seemed humbled as sky-high revenue projections proved false. To an outsider, it seemed as if technology innovation took a step backward.

As we know now, that scenario couldn't be further from the truth. Many of the most creative minds licked their wounds and started to work behind the scenes on Web 2.0 ideas that only surfaced in 2004 through 2008. Companies such as Google, which was founded in 1998 but went public and flourished starting in 2004, spent the early 2000s working on new ideas and technologies. Facebook started in the post-dot-com "malaise" only to explode (in a good way) a few years later.

Today, the capital markets find themselves five years removed from the beginning of the financial crisis and the industry certainly sits in a different position than it did prior to 2008. The revenue models and business plans for most firms have radically shifted post-crisis.

The industry-wide response, for the most part, has been to slash budgets. This is especially true in the technology space. No longer could CIOs lean on bloated IT budgets and strategies that weren't efficient. Instead, technologists had to look for other technologies that could do the same work, but at a lesser cost.

It's no secret that financial companies have turned to hosted software and cloud computing to help reduce enterprise IT costs. Less well known is the work that's being done to find open source alternatives to enterprise hardware, such as servers, switches, sensors and data storage. The Open Compute Project, a collaborative effort started by Facebook to help enterprise users develop open source hardware standards, has a few very active financial services members, including Goldman Sachs. Enterprise users have already worked to develop an open source schematic for a server motherboard and are actively working on other technologies that can lower hardware acquisition costs.

It's true that schematics, standards and agreements can't lower costs by themselves. However there are Open Compute tools, such as the server motherboard, that are actually in production and in use. The technology, born from financial crisis necessity, is already helping enterprise users lower costs, and the next wave of IT innovation, spurred by the financial crisis, is just starting to gain steam.

From 'Gold Book' to Elite 8

In 2005, Wall Street & Technology launched its first annual look at the most innovative IT leaders in the capital markets. We called it the “Gold Book.” This year, since we no longer have a print publication and “Gold PDF” doesn’t have the same ring to it, we changed the name to “Elite 8.” Although the name has changed, the premise of the Elite 8 remains the same. This year, we have profiled executives from across the capital markets landscape. As you read through the profiles, you will notice that cloud, mobile, technology resiliency and the economics of IT are reoccurring themes. These topics mirror what you are telling us and what other firms are focusing on each day. Enjoy! And your feedback is always welcome. For a full list of the nominees, click on the profiles above and to the right of within article.