50%
Tweet
US and European regulatory practices have diverged in crucial areas such as banking oversight, derivatives regulation, and privacy protection. Reforms are moving ahead but gaps persist. Should there be more cooperation?

In this Q&A, Sharon Bowles, the retiring MEP and chair of the Economic and Monetary Affairs Committee for the European Parliament, and David Craig, President, Financial & Risk, Thomson Reuters. exchange views on global regulation of the financial system. 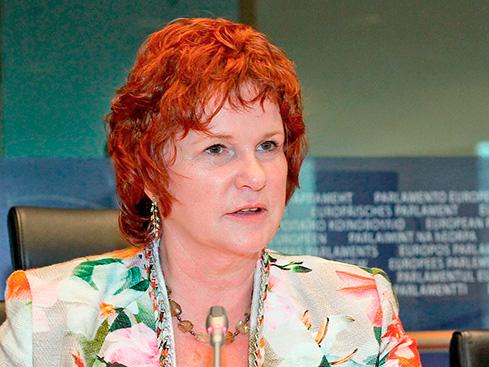 The financial crisis demonstrated that cooperation on regulation and oversight of the global financial system has never been more important. Regulatory divergence is not only economically costly; it encourages regulatory arbitrage and can also introduce duplicative or inefficient practices for both providers and users of capital, thereby undermining global economic growth.

David Craig: Whilst American and European regulatory practices have diverged in several crucial areas – banking oversight, derivatives regulation and privacy protection – they have otherwise been to date remarkably consistent. Reforms are moving ahead, but gaps continue to arise which can undermine both efficiency and stability. Where do you see leadership on these issues coming from?

Sharon Bowles: (That is) the million dollar question. Many want to see international regulatory bodies playing the leading role. On the one hand there is a strong case for this, and they have to have a big role, but it leaves a democratic deficit and is not proven to escape ‘group think’. At the moment the FSB and Basle are also dominated by central banks. These central banks did not themselves escape group think before the financial crisis, nor do they have the full range of expertise and understanding on the markets, insurance and fund management side of things.

I think the answer is that the combination of G20 and international regulatory bodies is the best that we have got, but those clubs at the moment are too exclusive, and that at least in the EU there has to be earlier involvement of the political level.

Craig: The US and the EU are clearly leading players in the G20 and in global regulatory bodies like the FSB in Basle. They seem to have delivered a very similar set of new rules, with the G20, notably on derivatives and on banking capital. Yet we hear a lot from industry that the rules, despite appearances, do differ and on occasion conflict with each other. From your perspective in the European Parliament, how well have the two sides cooperated? Do they deliver convergent outcomes?

Bowles: My experience has been that rules come out as if there were some generic financial system and this is not the case. EU applies Basle to all its banks, not just the big ones, so there have to be inbuilt provisions for proportionality. Maybe moving forward, if there is not a whole tsunami of legislation to deal with, there might be opportunity for greater parliamentary scrutiny before getting to the final stages because otherwise there will continue to be changes made at later stages.I think the US and EU have cooperated well although from my side it often looks as if the US regards cooperation as doing what it wants and expecting the EU to agree. Dialogue is important and we have got to get to a place that is a great deal better, by which I mean convergent, than it could have been.

David Craig is President, Financial and Risk, at Thomson Reuters Corp. David joined the company in 2007, serving first as Chief Strategy Officer. He subsequently became founder and President of its Governance, Risk, and Compliance business. Previously, he was with McKinsey & ... View Full Bio