50%
Tweet
A group of heavyweight asset managers has collaborated on a solution for non-US trade confirmations and affirmations that is fueling interest in FIX for post-trade use as an alternative to Omgeo's Central Trade Manager.

Momentum is building on the buy side to adopt the FIX protocol, the industrywide standard that has fueled electronic trading, into the post-trade processing area. A handful of large US asset managers -- American Century, Capital Group, Wellington Management, and BlackRock -- are using the FIX v 4.4 protocol for matching confirmations and affirmations with their major brokers for international equities.

In addition, some of these institutional investors are looking to expand their use of FIX 4.4 to include fixed-income securities and other asset classes.

What's driving the trend?
The buy side has been using the FIX protocol since the mid 1990s for electronic trading, sending brokers messages to buy and sell securities over FIX networks. Now it sees a way to use the FIX-based infrastructure to create more efficient and streamlined workflows for the post-trade process.

"The benefits of increasing the use of FIX for allocations and confirmations include efficiency gains, improved straight-through processing, and quicker identification of issues, all of which provide significant risk reduction and cost savings," said Scott Atwell, manager of FIX trading and connectivity at American Century. Atwell, one of the pioneers of FIX trading, is a member of the FIX Global Post-Trade Working Group.

Among the factors driving the trend are concerns over operational risk and cost and a desire to create more efficient workflows to reduce fail rates, especially given the move to shorter settlement cycles or T+2.

"Obviously, standards are good for the industry," said Virginie Shea, an analyst at Aite Group in London. "The intent was to have some process improvement by linking the front-office standard for trading with the affirmation/confirmation services."

But a decision by Omgeo, the industry's major provider of post-trade communications, to shift to a new centralized matching utility served as a catalyst for the buy side to take action. 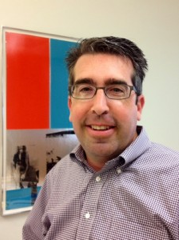 Darrin Vallone, vice president of investment operations at Capital Group, said it made a decision not to migrate to Omgeo's Central Trade Manager, preferring to work with FIX 4.4 on a confirmation/affirmation solution.

In 2007, Omgeo, at the time a joint venture of Thomson Reuters and Depository Trade Clearing Corp., told asset management clients that it was retiring the Oasys Global product and replacing it with Central Trade Manager (CTM). Omgeo gave the buy side a termination date of June 2013. (DTCC acquired all of Omgeo in 2013.) The majority of the buy side used Oasys Global for confirmations and affirmations of non-US and cross-border trades. Omgeo is the dominant provider of allocations, confirms/affirms, and standing settlement instructions.

"The key driver was the mandate to move off Oasys Global," said Darrin Vallone, vice president at investment operations at Capital Group, a Los Angeles firm with more than $1 trillion of assets under management. "When we looked at the option set, there were other factors going on where we said we wanted to push for FIX."

Next page: A big leap?