Everything is cyclical. That is especially true in the information technology profession. For instance, companies are constantly shifting between centralizing and decentralizing technology, so it can be more responsive to the business.

The same can be said about outsourcing. Only a few years ago, the general thinking was that technology was a commodity, and that companies could outsource most, if not all, IT functions. But is that still true today? 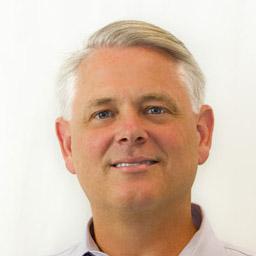 According to David Wright, a former technology senior vice president at Capital One and the current CIO of McGraw-Hill Education, the shift to insource is stronger than ever. "Today, technology is seen as being so central to the business," he told us. "There is now a move to centralize technology and insource it. Just a few years ago, IT was defined as a commodity, and there was a massive move to outsourcing."

Although there are many things that companies need to do themselves, they still don't need to run all technology, Wright said. "Most small and medium-sized companies don't need to run their own data center," including McGraw-Hill Education. "But there are certain things that we do need to control," such as creating digital learning products, which are the future for traditional textbook publishers.

[Do you aspire to the C-suite or some other spot in upper IT management? Bulk up your credentials around today's most pressing IT movement, digital business, at the InformationWeek IT Leadership Summit.]

In his role as CIO at McGraw-Hill, his financial services experience will be helpful. "The banking industry is so technology dependent, and it has been that way forever." Technology has only recently begun to play a central role in the education space, whose legacy is one of print textbook publishing. "Technology is now the foundation of McGraw-Hill and digital learning tools."

That experience in the ultra-secure and highly regulated financial services industry will come in handy as McGraw-Hill becomes a digital learning provider. "As McGraw-Hill Education makes this transition, these technology-enabled platforms make you vulnerable to the many different things that happen on the Internet." Until a few years ago, McGraw-Hill Education and the rest of the education textbook industry had only limited Internet exposure.

Wright, who will speak at the InformationWeek IT Leadership Summit at Interop New York, said the move to bring IT back in-house also means CIOs must adapt their skill sets to manage the transition to a digital business.

"As companies go through the digital transformation, they are structuring IT as an internal software company," he said. "They will have a chief digital officer to oversee technology development for products that they may sell" or other customer-facing technologies. "And they will have a CIO who oversees the internal technology."

The role is splitting because CIOs are often viewed as order takers. Either group is vitally important to the business, but Wright said many current technologists who could fill a digital business leader role. "There are a lot of people who are excited to do that. Many technologists would like to be part of the group that moves the needle for the business."

Constant upheaval
The need to adapt is becoming more important as technology continues to disrupt many different traditional businesses, such as financial services, retail, and publishing.

"A lot of businesses used to have some pretty good barriers to entry, but those are coming down," Wright said, citing nontraditional financial services players such as Paypal and new digital learning players looking to disrupt the businesses of McGraw-Hill and Houghton Mifflin-Harcourt.

McGraw-Hill Education has "historically sold education textbooks," he said. "Our industry is being disrupted by digital learning. That is a huge force. There is a traditional set of players, and now there are a lot of new entrants to the market."

Though there are many similarities between banking and publishing, Wright sees a few differences. "One big difference is you don't bump into people on the street who hate you because you work for a bank. There is a lot of negativity focused at the banking industry, while there is near universal support for education."

To hear David Wright talk about the future role of the CIO, register for the InformationWeek IT Leadership Summit and hear his presentation, "A CIO's View on IT's Future."