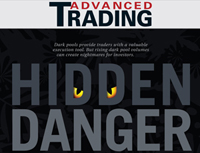 The goal, according to La Francaise, is to launch a global credit Luxembourg fund by utilizing S&P Capital IQ GMI's proprietary Risk-to-Price (R2P) methodology to assist in asset selection and allocation decision-making. La Francaise will have electronic access to S&P Capital IQ's credit analytics platform, as well as consultative access to the GMI advisory team.

"The target for us was to launch a new fund," says Philippe Mimran, chief investment officer at La Francaise, an institutional asset manager whose clients include pension funds, insurance companies, corporates, charities and foundations. "We felt it necessary to increase our expertise, particularly in credit. This is where S&P Capital Markets comes in."

With more than 35 billion euros -- or about US$43 billion -- in assets under management, La Francaise is a multispecialist asset manager that invests in money market instruments, bonds, equities and real estate. On the fixed-income side, it runs about 10 billion euros. While the firm has a trading floor for equities, La Francaise will rely on its portfolio managers to execute trades in credit markets.

"It's key for the fund manager to see for himself the liquidity of the markets, so all fixed- income securities are traded by the fund managers themselves," explains Mimran. An existing team based in France that already manages some credit funds will buy and sell for the new fund.

Not Shying Away From Risk

Acknowledging that some Eurozone economies are struggling, Mimran says La Francaise will use S&P Capital Markets' credit market analysis to sharpen its understanding of the risk relative to bond prices in those countries. "We will invest in those countries as long as the model shows us the risk/reward is OK. The point is, the model gives us a view on the return per amount of risk," he relates. "If the return of those companies in those countries is not high enough relative to the security, then we won't invest. If there is a high return and volatility, we'll invest in that security, but with the right amount of risk -- probably a bit less than with other securities."

Mimran compares the process of building a bond portfolio with input from the GMI model to shaping a diamond, polishing it and creating a one-of-a-kind ring. "The diamond is very valuable, but in the end investors will want the ring, he says. "Our job will be to take the inputs from GMI to build the portfolio that investors want." According to Mimran, the firm will combine U.S. assets based on one model with European assets based on another model to create a portfolio that invests in the right sectors, with the appropriate level of risk, including exposure to Eurozone countries.

GMI's Risk-to-Price methodology is a relative-value model developed two or three years ago. It runs a myriad of calculations on 10,000 corporate bonds daily based around financial fundamentals and ratios, measuring the default risk every day, according to Michael Thompson, head of S&P Capital IQ's GMI. The methodology evaluates the risk relative to the price of the bond, Thompson explains, pointing out that the barriers to creating a similar model are tall. "Five years ago something like this would have required a Cray supercomputer," he says.

"We leverage the data, the analytics and the proprietary methodology, and it's all packaged up in a regulated advisory entity," Thompson adds. GMI works through two regulated entities -- S&P Investment Advisory Services out of London and McGraw Hill Research Europe. Thompson says GMI has repurposed intellectual property that was developed in the ratings/surveillance side of the business several years ago. "It's a very powerful model that had never been used in this way. It's a very promising business for us," he insists, noting that S&P Capital IQ will earn a fee based on assets under management.

Thompson reveals that the firm already acts as a subadvisor on US$18.5 billion in assets using the relative value model as well as other risk-focused equity and fixed-income models, including $4 billion in equity strategies and several billion in asset-allocation fund advisory. But the firm recently made the strategic decision to scale up the business. "It had been an unsponsored cottage business until about six months ago, when we decided we had a real opportunity here," Thompson says.

With offices in Madrid, Milan and Luxembourg, La Francaise intends to expand the credit fund outside of France, according to the company's Mimran, who says La Francaise will register the fund in each country in Europe. "Once the portfolio is created in September, we will start to manage it, and we'll register the fund in the other countries," he says. Mimran expects to be ready to market and sell the fund by the end of September.

Partnering with a third-party expert for advice is not entirely new for La Francaise, notes Mimran. He reports that the firm has developed similar partnerships in the past five years and is currently speaking with three or four other firms. "This level of creativity is a new way to develop products for the client in this world of credit innovation," Mimran says.

[Crisis Has Barely Begun: GLG Hedge Fund Manager.] Ivy is Editor-at-Large for Advanced Trading and Wall Street & Technology. Ivy is responsible for writing in-depth feature articles, daily blogs and news articles with a focus on automated trading in the capital markets. As an industry expert, Ivy has reported on a myriad ... View Full Bio