50%
Tweet
The most influential time in Rob Park's career was the 10 months it took to take IEX from conception to production.

Startups that are looking to change the status quo in US equity trading must compete against the largest exchanges in the world, along with dozens of well-funded alternative trading venues. To disrupt such an established marketplace, leaders of any startup need a great idea, a little bit of luck, funding, and smart technologists who can drive the charge. Rob Park is one such person.

When IEX Group launched a dark pool last October, Park, the firm's chief technology officer, had less than a year to develop and test the new equities trading venue. "After locking in funding, we essentially had 10 months to build this company," says Park, who has a background in computer engineering and algorithmic trading. With an IT team of 14, he had a $4 million budget to set up the alternative trading system.

"When you look at all the aspects -- hiring people, writing the code on a proprietary basis, doing the integration with technology partners, testing, and producing regulatory reports, it was quite an achievement to get that all done," he says. 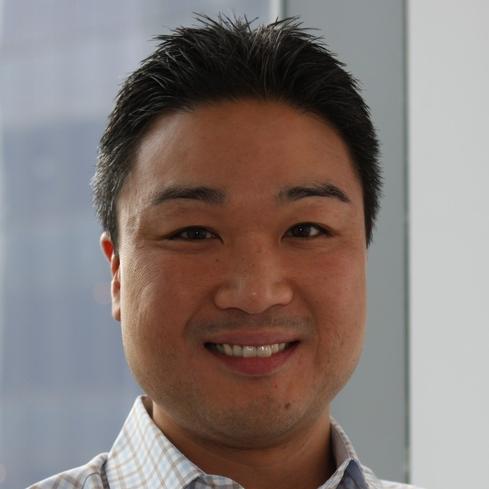 Size of IT organization: Total IT staff of 14

Career bio: Park has more than 12 years of experience in the field of quantitative and algorithmic trading. He joined IEX in March 2012 as CTO. Previously, he was head of algorithmic trading at RBC Capital Markets (2008-2012). In 2006, he co-founded Quantera Financial, a quantitative, high-frequency hedge fund.

Who influenced you the most in your career: Mr. Baik, his high school math teacher. "He turned my borderline video-game obsession into something productive, building computer programs."

What experience had the biggest effect on your career: "Launching IEX within 10 months of locking in funding. It was quite an achievement to get that all done. I am proud of this team for accomplishing that."

For 2014, the IT budget has increased to $7 million. For the first year, he was very sensitive about spending. "We had yet to trade a single share. We had no revenue."

At the same time, Park had to think about the product, the order book, the rules, the gateways connecting to clients and to exchanges, and the market data ticker plant. Hiring some of the key personnel didn't start until five months before going live in October 2013. Also, he was learning a new programming language. "For me... this was the first time I ever programmed in Java. It was a lot of learning at the same time. I remember the last three months prior to going live. I was consistently waking up at 3 a.m. I just could not sleep."

When the new trading venue was only five months old, Michael Lewis's Flash Boys came out; the book profiled IEX's co-founder and president, Brad Katsuyama, and reignited the controversy over high-frequency trading. "So now we are in a situation that put us in the spotlight. I'm sure there are people that would love to see us fail. At the same time, we continue to innovate."

Meeting his mentor
Two years after earning a bachelor's degree in computer engineering, Park joined RBC Capital Markets in 2004. At RBC, he started to write algorithms for the bank.

He left the bank in 2006 to start Quantera Financial, a quantitative high-frequency micro-hedge fund, where he wrote algorithms that used machine-learning techniques to try to detect patterns in stock market prices and trade on them. It ran simulations, back-testing the algorithms on historical data, "and they looked great." However, attempting to execute the simulations in the market was hard, and the hedge fund closed. Learning from failure as well as success has been important to his career. Park says he emerged with a much stronger mindset, which prepared him for the IEX buildout.

When he returned to RBC in 2008, Park met Katsuyama, who was then its head of US cash equity trading. At the time, Katsuyama was having a hard time influencing RBC's technology group. The bank had recently acquired Carlin Financial Group. "There was a deterioration in my trading," Katsuyama says. "I was inclined to think it had to do with our technology. I needed someone who could actually speak the same language, that could come in and represent my interests. I thought about who did I know and who did I trust. I called Rob."

When Katsuyama was promoted to global head of electronic sales and trading in April 2009, he refused to take the position unless Park joined him. "Rob is my interpreter in the world of technology," says Katsuyama. "I assess the business side, and he assesses the technology side. We divided up the landscape and worked that way."

[Do you aspire to the C-suite or some other spot in upper IT management? Then bulk up your credentials around today's most pressing IT movement, digital business, at the InformationWeek IT Leadership Summit.]

In 2012, Park and other RBC team members followed Katsuyama to establish IEX. "We have a level of trust and respect for each other's abilities," Park says of his relationship with Katsuyama.

The firm's main mission is to prevent high-speed traders from front running traditional investor orders. "There is a lot of analytics we apply to our trading system to ensure that orders are not being gamed by latency arbitrage."