50%
Tweet
BATS hires Concannon, a former Nasdaq executive, as it continues to integrate Direct Edge and looks to build upon recent successes in equities and options.

BATS Global Markets has named industry leader and market structure expert Chris Concannon as president of the US and European exchange operator.

Concannon will join BATS on Dec. 15 from Virtu Financial LLC, a high-frequency trading firm and market maker on numerous exchanges, where he has been president and chief operating officer since 2009. Previously, Concannon spent six years at the Nasdaq Stock Market as executive vice president for transaction services.

At BATS, he will report to CEO Joe Ratterman who has led the firm since July 2007. Concannon will be based in New York as part of the firm’s executive committee. He fills a position previously held by William O’Brien, former CEO of Direct Edge, who left the firm in July.

According to a story in The Wall Street Journal, Concannon is joining BATS at time when it’s planning its next move. BATS is said to be contemplating opening exchanges in other asset classes such as foreign exchange and fixed income, reports the WSJ article, quoting Ratterman. BATS is also completing the acquisition and integration of Direct Edge. 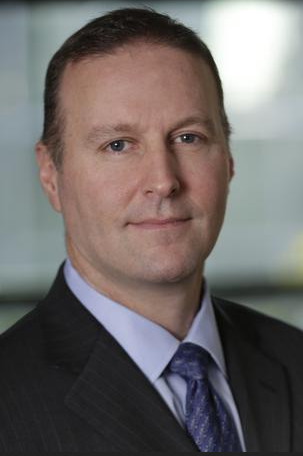 A former SEC lawyer, Concannon was an executive at Nasdaq where he worked on many acquisitions. He is currently president of Virtu Financial, a high-frequency trading firm.

Yesterday BATS announced record volumes in October including new monthly market share records of 21.4% in US equities and 6.5% in US options. In Europe BATS reported 23.3% market share, its strongest month.

According to the news release:

“BATS is very excited to welcome a well-established strategic leader like Chris, someone who has spent the past 15 years as an advocate in reshaping - and improving - U.S. market structure,” Mr. Ratterman said. “At a pivotal time for the global trading industry, his unparalleled track record as an exchange executive, trading customer and regulator brings a unique perspective to our firm. Chris fits our culture perfectly and I look forward to working with him as we continue to execute on our mission of making markets better.”

During his tenure at Nasdaq from 2003 to 2009, Concannon was responsible for Nasdaq’s US stock and options markets and also led numerous acquisitions and integrations, including Brut, Inet, and the Philadelphia and Boston Stock exchanges. He also led the launch of the Nasdaq Options Market and served on the Nasdaq Stock Market board, notes the release. A former SEC attorney early in his career, Concannon also worked at Island ECN as a special counsel and director of business development and was president of Instinet Clearing Services before heading to Nasdaq in 2003.

Commenting in the release, Concannon stated: “The opportunity ahead for BATS is clear and vast and will built off of the company’s successes in the US and European markets.”