50%
Tweet
The methods for pricing derivatives have grown increasingly complex, and legacy systems and processes might not be ready for the challenge.

The world of derivatives valuation has been forever changed. Prior to the credit crisis, valuation of vanilla OTC derivatives was well understood. There was little variation between implementations and results across the market were generally consistent. Valuation ignored the effects of counterparty credit and liquidity as their effects were negligible. Based on the well accepted principles of risk-neutral valuation, the value of a derivative was the expected present value of future cash-flows under the risk neutral measure.

Expected future cash flows were discounted at LIBOR, which was the market standard proxy for the risk free rate. During the credit crisis, credit and liquidity issues drove apart formerly closely related rates. The effect of counterparty credit on valuation and risk management dramatically increased. Existing modelling and infrastructure no longer worked and a rethink from first principles took place.

[For more on how the derivatives market is changing, read: Four Years Later, 'Change' Still the Key Word in OTC Derivatives Market.] 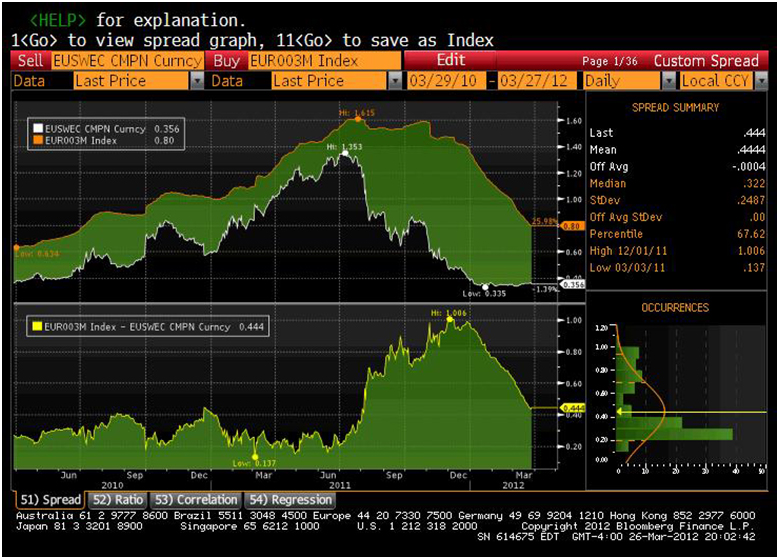 Discounting at LIBOR no longer reflected the market reality. Credit, liquidity and the cost of funding needed to be taken into account, but their impacts on the markets are not straightforward. In addition, new regulatory mandates require vanilla OTC derivatives to be cleared through central counterparty clearing houses (CCPs). Each of these challenges has been addressed in related but different ways by the market. The result is a new paradigm for OTC derivative pricing.

For both collateralized and uncollateralized derivatives, the effect of counterparty risk cannot be measured at the individual trade level but needs to be calculated at the netting set level. The standard market approach to solving this problem is to calculate the expected loss from counterparty default at the netting set level, using expected exposures (EEs) from American Monte Carlo (AMC) and to allocate this loss to individual trades as a credit valuation adjustment (CVA).

The measurement and management of counterparty risk is something that now impacts all market participants. Accurate valuation of OTC products requires accurate valuation of the credit component of each transaction. In addition, regulatory initiatives such as Basel III and Solvency II, along with accounting rules such as ASC 820 (FAS 157), IAS 39 and IFRS 13 have mandated more accurate counterparty risk valuation and management.

Expected future cash-flows are discounted using the appropriate OIS rate for the trade. This separation between the rates used to project cash flows for floating rate legs and the rates used to discount these expected cash flows, is referred to as dual curve pricing or OIS discounting.

These forward rates must be conditional on the EONIA rates used for discounting. In addition there can be complex co-relationships between the discount and projection curves. Simultaneous calibration will work but is too slow for sensitivities.

Funding (Central Clearing)
The introduction of central clearing and the reduction in hypothecation means that the cost of funding a derivative has grown. For derivatives cleared through a central clearing house (CCP), collateral posted earns the OIS rate. There is an asymmetry between the return earned on collateral posted and the cost of that collateral to the bank. This funding cost can be significant for some derivatives. The standard market approach is similar to CVA and is to measure the expected cost of funding at the netting set level using PFEs from AMC and to allocate this cost to individual trades as a funding valuation adjustment (FVA).

Conclusion
A new generation of interest rate modeling is evolving. An approach based on dual-curve pricing and integrated CVA and FVA has become the market consensus. There is clear evidence that the market for interest rate products has moved to trading on this basis, but not all market participants are at the stage where existing legacy valuation and risk management systems are up to date. The changes required for existing systems are significant and present many challenges in an environment where efficient use of capital at the business line level is becoming increasingly important.