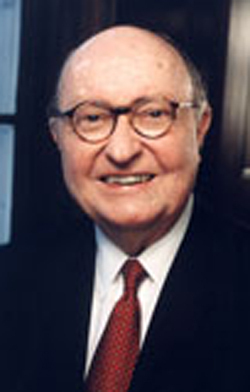 During his term at the helm of the SEC, David Ruder dealt with the stock market crash of 1987 and its devastating aftermath. As the role of the futures markets in the crash became controversial, the SEC entered into active consultations with the CFTC, the NYSE and CME. Ruder recalls telling the exchanges that they needed to increase their information flow, increase their contacts with each other, and deal with problems caused by the interconnected securities and financial futures markets.

"We warned them that failure to do so would have in serious consequences, including regulatory action," he has since said. During his tenure, Rudin also supervised enforcement actions against violators of anti-fraud laws, initiated a program aimed at eliminating penny stock fraud, enlarged SEC initiatives in the area of international securities regulation, and testified more than 30 times before Congress on various topics.